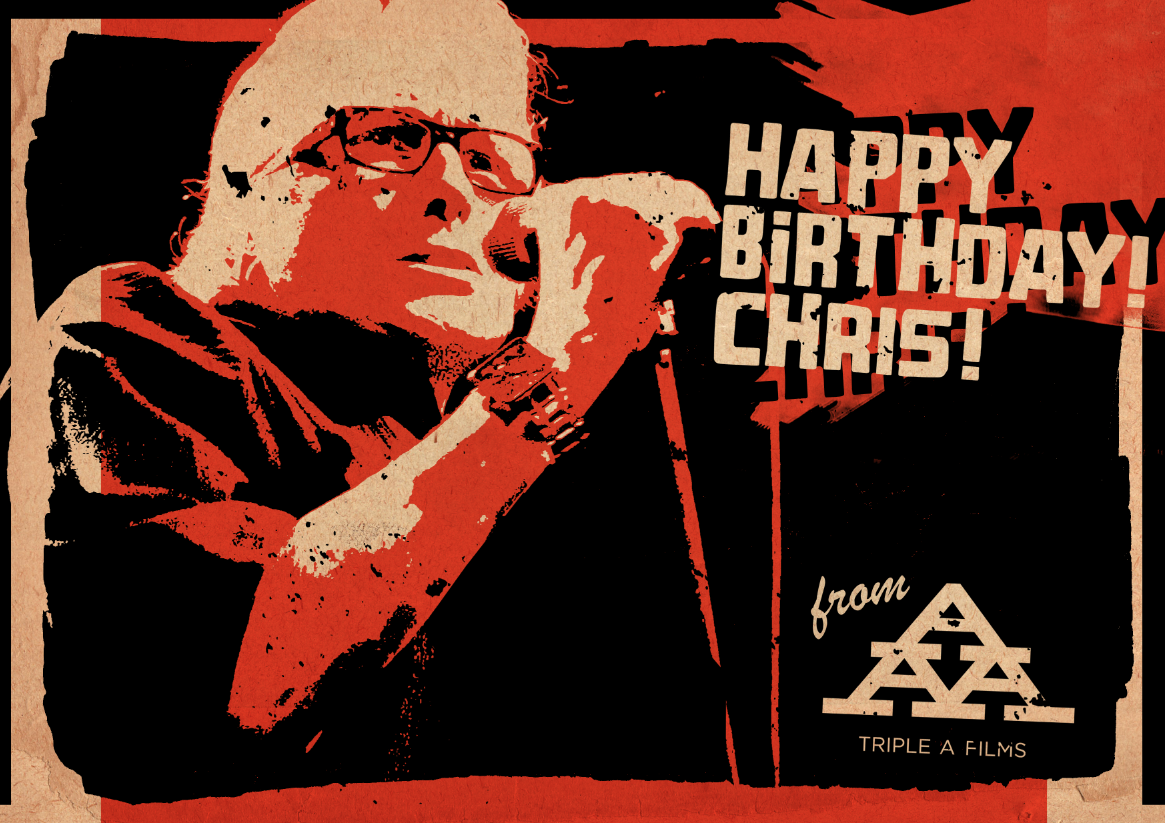 Well well well, 21 again huh Chris? This time last year we were on our way to Cheltenham to film our first Chris Farlowe show, a special 70th birthday gig at Vonnies. One year on and we have followed Chris all over Europe with Jon Hiseman’s Colosseum and the Hamburg Blues Band, up and down the UK with the Norman Beaker Band, and even tailed Chris around the United States! What a year it’s been! We’ve got lots of great footage and have had a helluva time doing it! Thanks to everyone who has helped us get this far! It’s not over yet!

As for Chris, what can we say, he has been a gentleman to film (well, most of the time!), and it’s a pleasure to be making a film about such a charming young man. So, what’s Chris up to on his birthday you ask? What do you think he’s doing! He’s on his way to do a gig in York! The man does not stop . . .

Happy Birthday Chris.
from the Triple A boys,

Chris Says Thanks for Birthday Wishes…